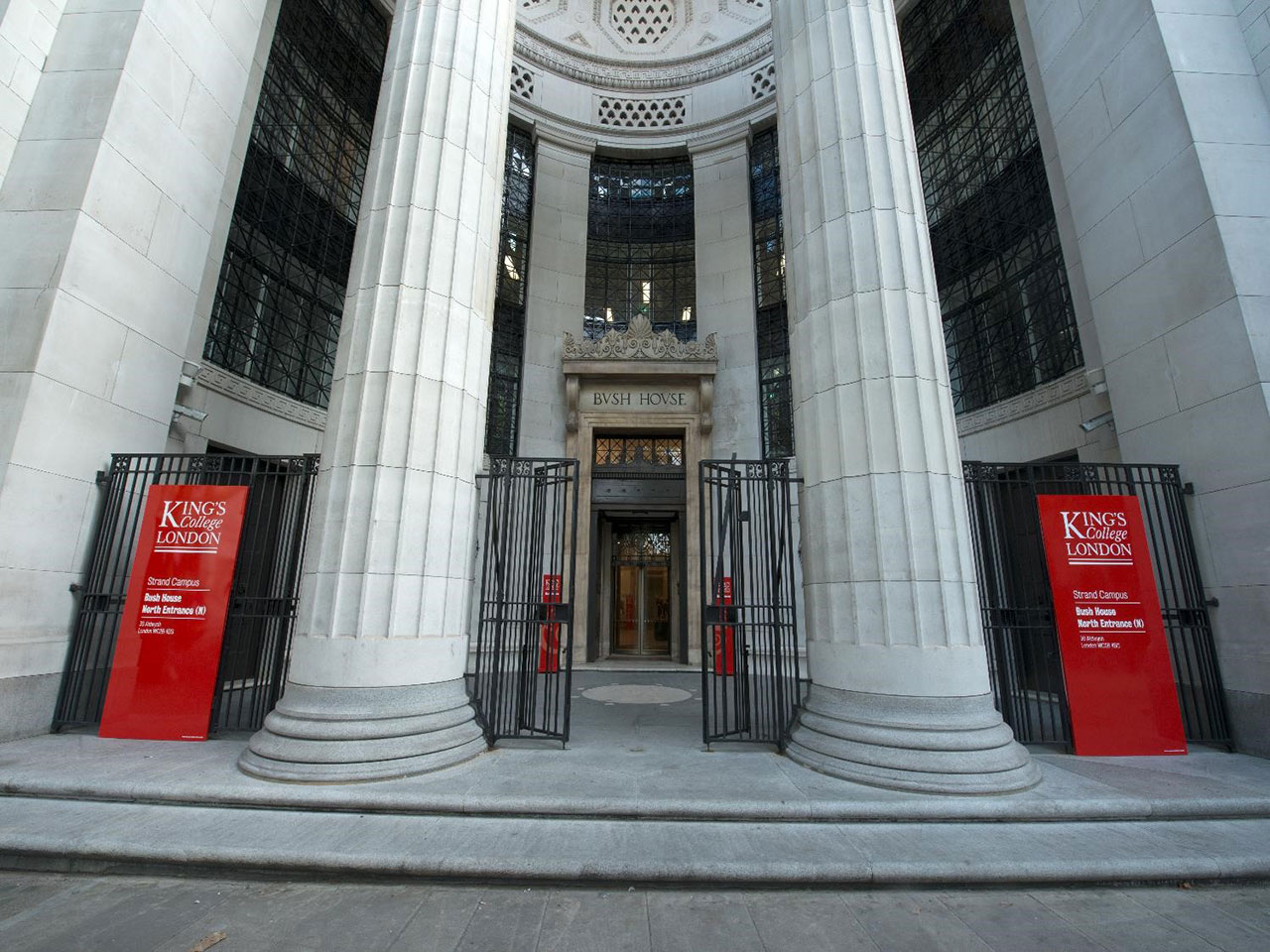 Rated as one of the top 10 UK universities in the world (QS World University Rankings 2021) and ranked sixth in the UK for the quality and quantity of research activity (Research Excellence Framework 2014), King’s is a leading university providing world-class teaching and cutting-edge research. King’s has played a major role in many of the advances that shape modern life, such as the discovery of the structure of DNA and research that led to the development of radio, television, mobile phones and radar. King’s continues to lead the way on research and pioneers new ideas to make the world a better place.

King's is London's most central university, with five campuses enabling us to build partnerships with key London institutions. Current partners include the British Library, British Museum, National Gallery, Shakespeare's Globe, Southbank Centre, Tate Modern, and more. Our central location and varied partnerships allow students to get connected in one of the world's most dynamic cities.

King's has a diverse student community of over 30,000 students from some 150 countries and has a distinguished reputation in humanities, law, social sciences, and sciences including health care areas such as psychiatry, medicine, nursing and dentistry.

With 28 years of professional experience,
UKEAS provides whole range of counselling service for your dream blueprint.
Free E-Consultation
By continuing to use this site, you agree to the use of cookies. Click here for our full privacy policy
Accept